According to the SF Bay Area news, the San Jose City Council declared emergency drought last week. The declaration makes it illegal to water lawns or landscaping between 8:00 a.m. and 6:00 p.m. San Jose city is telling every homeowner to cut down water use by 20 percent, and city water department officials warning that restrictions could go even further if the drought continues.

According to the SF Bay Area news, the San Jose City Council declared emergency drought last week. The declaration makes it illegal to water lawns or landscaping between 8:00 a.m. and 6:00 p.m. San Jose city is telling every homeowner to cut down water use by 20 percent, and city water department officials warning that restrictions could go even further if the drought continues. One council had a plan to purify the use recycled water for drinking standards, some to put down the synthetic turf and reward the homeowners for doing so.

In many parts of the Bay Area, homeowners can get rebates ranging from 50 cents to $4 per square foot for replacing their lawns with drought-tolerant landscaping. That includes the option to install artificial turf on homeowners' yards. Many residents in San Jose wanted to replace their lawn for some time, but the city's rebate offer of $4 per square foot spurred many to action. Homeowners agree that incentive program is enough to get you over the barrier to start replacing the grass yard with artificial grass. According to the city, the rebate will cover about two-thirds of the cost of installation, although it is taxable. Also, the water bill might not drop much until the new project gets established.

The Santa Clara Valley Water District, a wholesaler that serves almost all of the water retailers in Santa Clara County, doubled the Landscape Conversion Rebate. The rebate will go to $2 per square foot through Sept. 30 with a lower cap to $2,000 for homes and $20,000 for commercial customers. The Water District reported that the amount of application, due to the new rebate, increased by 500 percent in the first half of this year. From those, 222 rebates were issued.

The San Jose rebates rules vary from county to county; however, to qualify for a rebate residents must replace a water intensive yard with a low-water landscape. One rule requires that the yard to be replaced with artificial grass, but it would overwrite the rule if the resident stopped watering it. In most cases, customers require to get the installation of synthetic grass plan approved first before the rebate qualification. Have an onsite impaction of the installation with recorded images of any expenses were taking. Most water utility issues rebate in the form of a check, but it may be taxable. If the rebate is more than $600, it is usually reported to the Internal Revenue Service. 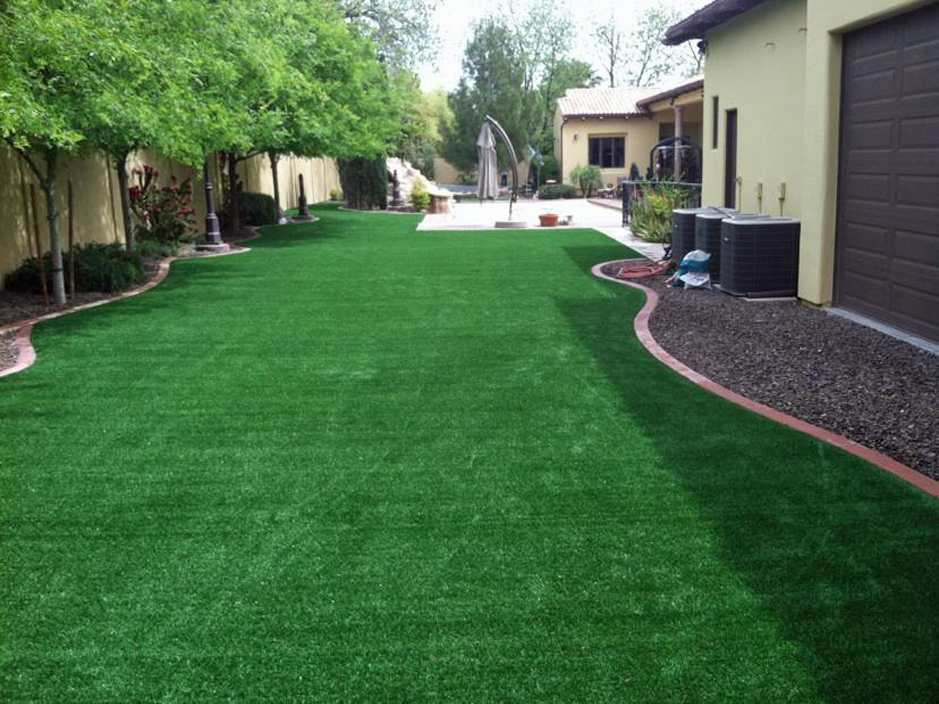 In San Jose replacing your grass field to artificial grass, is not cheap. However, some companies will have many positive reasons s for doing so. One company, Global-Syn Turf, Inc., who is known to be the top in producing of artificial turf and is located in Hayward, believes that synthetic turf can save you money in the long ran. Installing artificial grass will help to lower the home landscapes and lawn maintenance bills all season long. Lawn maintenance can be costly in terms of both time and money and Global Syn-Turf's artificial grass helps to reduce water usage so you can benefit the environment impact. Many homeowners and businesses in San Jose are turning to artificial grass to solve the water drought problems.