Despite the dry winter, California State Water Resources Control Board and cities representatives support the state water regulators in Sacramento to fine residents up to $500 per water violation. Orginal water rules were set on a temporary basis during the California drought 2014-2017 by Gov. Jerry Brown. Now, according to the water conservation portal, it will, most likely, become a permanent Califonia law.

Despite the dry winter, California State Water Resources Control Board and cities representatives support the state water regulators in Sacramento to fine residents up to $500 per water violation.

Orginal water rules were set on a temporary basis during the California drought 2014-2017 by Gov. Jerry Brown. Now, according to the water conservation portal, it will, most likely, become a permanent Califonia law.

In May 2016 Gov. Brown issues an executive order B-37-16 to Make Conservation a California Way of Life. It sets forth actions created to eliminate water waste, strengthen drought resilience and improve residential and agricultural water use efficiency. The proposed regulation makes it illegal for anyone:

1. Housing off driveways, sidewalks and any other hardscapes. 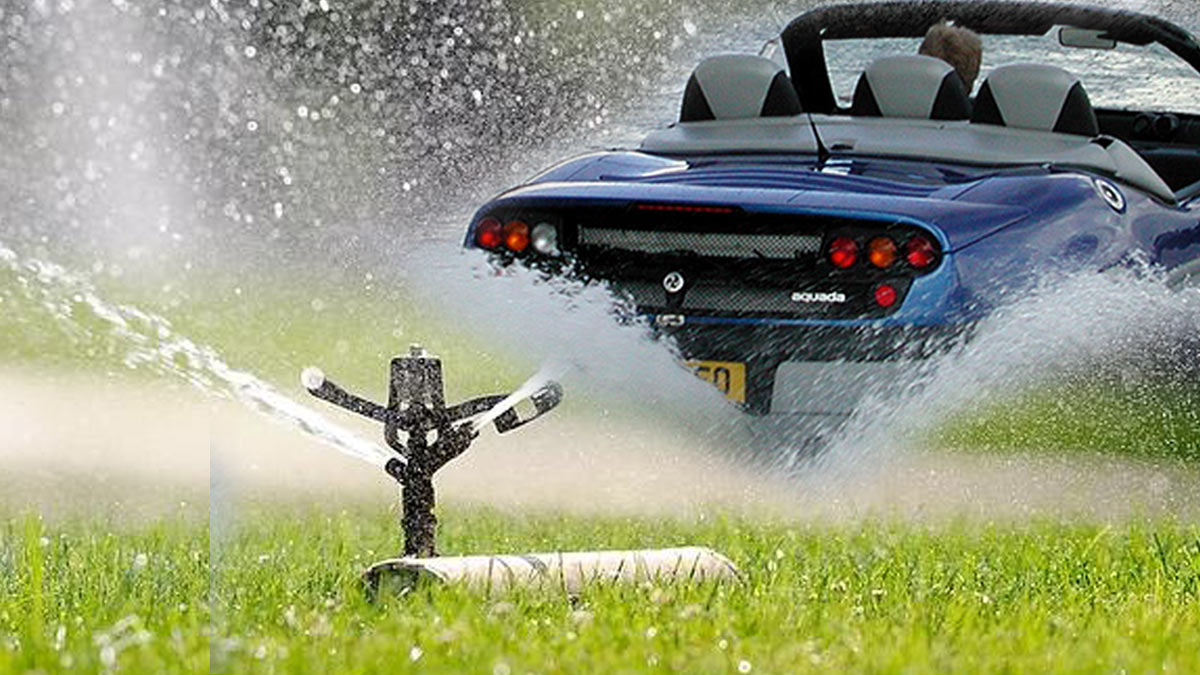 2. Washing a motor vehicle with a hose not equipped with a shut-off nozzle.

3. Using water in ornamental fountains or other decorative water features, unless it's listed on the National Register of Historic Places.

4. Watering lawns within 48 hours of rainfall.

5. Irrigating ornamental turf on public streets except for cities that use recycled water.

6. Providing new sheets and towels in a hotel or a motel without notifying guests that they have the option of re-using it.

When Gov. Jerry Brown called on the Californians to reduce their water use by 25% in 2015, they took it seriously. By 2016, residents minimized the amount of water they used by 24.5%. This grotesque water experiment had shown unexpected results. Along with keeping the water usage down, state residents also saved 1,830-gigawatt hours of electricity. According to Edward Spang, the associate director of the Center for Water-Energy Efficiency at UC Davis, "California is one the largest scale conveyance systems in the country." Roughly 19% of the state electricity is used for pumping, distributing, conveying, heating and treating water. The drought conservation programs are aka energy-efficiency.

Amid the plausible water savings strategy, a large number of state water agencies claim the regulations violate the water rights. East Bay municipal utility district wrote a comment letter on proposed "Wasteful and Unreasonable Water Use Practices" regulation, stating that " using waste and unreasonable use as the tool to reach these conservation objectives is problematic and inconsistent with the law. The Regulation is defective because it affects - if not the purpose - of diminishing water rights by legislative means, without any process whatsoever."

But the water law lawyers think that in this situation, the water board has rights to proceed with their proposal and the water rights argument isn't reliable. Jennifer Harder, an assistant professor at the McGeorge School of Law at the University of the Pacific, explained that one of the main reasons is the proposal is focused on extreme waste and "a prohibition on waste is one of the fundamental principles of all water rights since the beginning of water rights. There is no question that water rights do not include the right to waste water, which is what we are talking about in this resolution. We're not talking about broader conservation measures."

But the bigger issue is, if the proposal passes, it is setting a precedent. If the board can though seemingly-legislative means, enact this regulation, it can, in the future, declare specific uses to be wasteful and unreasonable without affording due process. Several proposal commenters called it a "slippery slope" of regulations. Here is a state versus local power conflict. It's unclear if water agencies will file legal action if the water board doesn't change its approach to the regulations.

Meanwhile, the winter's most significant storm began this week. The winters dryness has plunged much of California back into drought. The entire state is considered abnormally dry. Is this storm can offset a predicted severe drought in 2018? Unfortunately, the answer is no. It's almost impossible for one storm to end a drought.

A research center near Lake Tahoe found that the snowpack across Sierras is 27% of normal for February 1. It means it tied to the historic lows of 2014-2015. The state will likely wait several months before it officially declares a drought.

Water Laws In California, Police, Illegal, irrigation, sprinkler19201276
Exciting 2019: New Laws in California. Some Good, Some Not So.

There are no signs of severe drought in California this year, but the state legislators continue to move down the road of water wasting mindset prevention. As a reminder to those residents and businesses who have gotten a little lazy and are back to using as much water as before the drought, water legislations are passing on through eight phases of the mandatory water conservation program. It's Murphy's law: "Just when you think things cannot get any worse, they will." But there is also some good news for Californians. Minimum wage is going up to $11-$12 per hour depending on company size. Women are getting more protection. Illegal businesses of the past are making into respected taxpayers.

Despite the drought officially ended by Gov. Jerry Brown, Mediterranean climate in major parts of California remains the same. Water demands in warm, hot, dry summers and mild, moderately wet winters always exceed the water resources. A five-year drought raised concerns. It costs the state economy billions of dollars. It stressed forests and left more than 100 million dead trees behind. But the effects are far more deadly than anyone could imagine.

California doesn't look green anymore. In the historic state of drought, Californian lawns are now on the edge of extinction. Homeowners and communities are continuously looking for alternatives and the artificial grass looks more and more attractive.