The crumb rubber controversy has reached two more cities. One is in Edmonds, Washington; the other is in Toronto, Canada.

In the first town, Edmonds, officials plan to install synthetic turf in a local school. Some parents have come out against the use of the crumb rubbers and cited anecdotal evidence in the media. Officials however, point to two studies by the Synthetic Turf Council and the U.S. Department of Public Health which say respectively that in 40 years there hasn't been any connection made between synthetic turf and ill health effects and that synthetic turf does not pose elevated health risks.

And in Toronto, the Ontario Municipal Board has proposed installing synthetic turf at a Central Technical School sports field. Community members aren't convinced of crumb rubber's innocuousness, however. The Toronto Public Health plans to release the results of a study on the effects of artificial turf in the coming weeks. Canada currently doesn't regulate synthetic turf because it is classified as a consumer product. The school is also considering not using crumb rubber as an infill and simply using foam padding underneath the synthetic turf as a substitute.

The main components of crumb rubber under scrutiny are styrene and butadiene; first is a toxin and the second is carcinogenic. 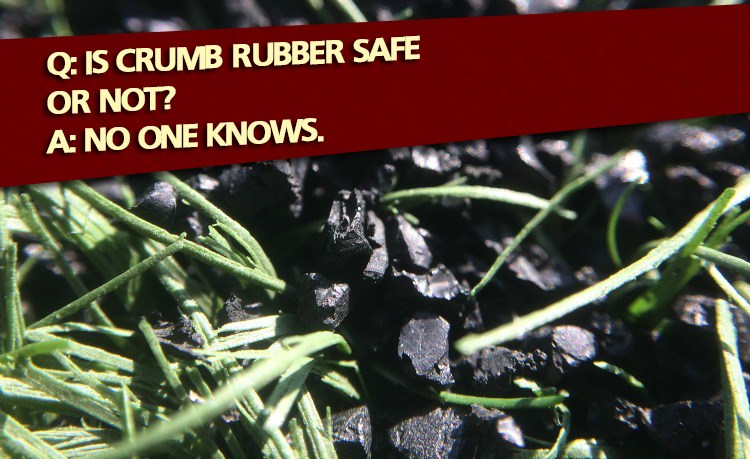