Watch Out! Ottis Anderson Exclusive Interview with GST is Coming!

Those who ever lived in West Palm Beach, Florida, know how difficult it is to keep up the beauty of a lawn. The roots of a turf decay are due to the continuous rainfall. Fungal problems develop from the excess moisture. And what if winter gets too cold, as this year? No wonder why many Florida's homeowners start to look into alternatives to the standard lawn solution.

How muddy fields can get during football season in Florida? Let Ottis Anderson, who was born and raised in West Palm Beach, to be a judge. Before he became a Super Bowl champion, he broke all possible records on the Forest Hill High School fields.

Nominated NFL Offensive Rookie of the Year, Ottis Anderson is affiliated with multiple TV shows and community organization such as the United Way of America, Deborah Hospital Foundation, Boys &amp; Girls Clubs of America, etc. He appeared on Comedy Central Tosh, and now, you will be able to see him again on our Global Syn Turf channel. We are excited, and you should be too! 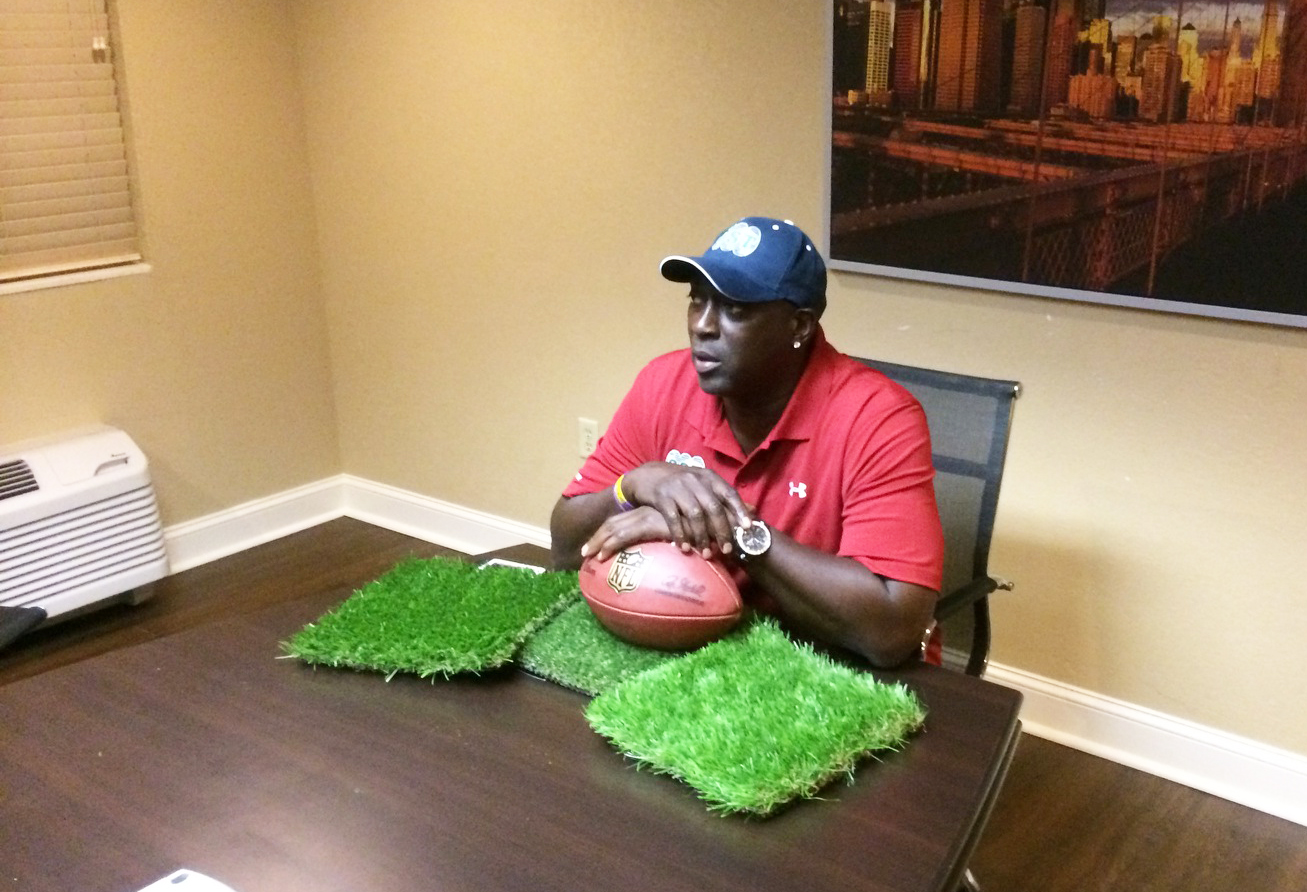 New SuperNatural synthetic turf is officially on the market this week. New generation products feature four-color multiple blades design and texture. The 60 and 80 ounces pile heights are available across the United States.

Global Syn-Turf new location conveniently located off I-5 and I-167, 17 miles outside of Seattle, Washington is fully functional now. When planning the warehouse space, Global Syn-Turf's team was keen to create a flexible environment that makes shipping and local pickup easy and expedient. The aim of opening a new location is to help regional partners to speed up delivery times, reduce shipping costs, and allow the local pickup to avoid shipping charges.

New Community Built Micro Park in Forth Worth, Texas has been created on an empty, unused space on Magnolia Avenue. Some reports say it was a miracle, starting from dirt, transforming into a colorful place with neon-colored zip ties atop of solar-panel lights, city art project.